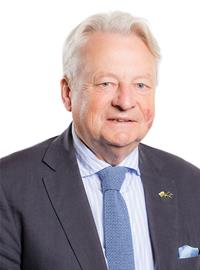 Dafydd Elis-Thomas has lived most of his life in the Snowdonia National Park.

He is a former researcher and teacher in adult and higher education.

He was elected by his colleagues as ‘Llywydd’ or Presiding Officer of the National Assembly in 1999, 2003 and 2007, and has led improvements and reforms in the Assembly’s ways of working.

These include an accessible Petitions Committee, and new clear standing orders, and a ‘Vote 2011’ campaign to encourage registration especially among new younger voters. He also introduced a new law to ensure AM’s pay and staff conditions are decided by an independent Remuneration Board, and a strong Independent Commissioner for Standards for AMs to promote the best quality of public life.

During the Fourth Assembly (2011 – 2016), Dafydd was a member of the National Assembly’s Business and Enterprise Committee, and a member of the Constitutional and Legislative Affairs Committee.